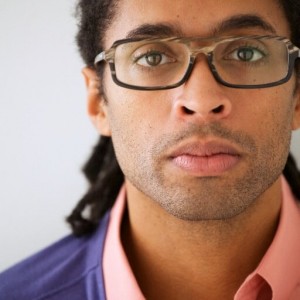 My crew and I arrived at The Bottleneck a few minutes ahead of schedule for our interview with Bramwell Tovey, conductor and music director of the Vancouver Symphony Orchestra. I was a bundle of nerves as I flipped through my cheat sheet, double-checking notes and stats that I had scrawled days earlier in my Moleskine notebook. Two cameras were being positioned, the rented lavalier microphone was set up in between the broad plains of two dining tables and, the lumens of the external lights were being bounced around the room to best capture the upcoming interview.

While I was in the midst of my fact checking, I felt the front door open and the presence of greatness enter the room. Bramwell Tovey has long been a man I have admired and my opportunity to speak with him one-on-one was an event I had long strove for.

I have had the pleasure of attending well over 30 of the VSO’s outstanding performances, including Bramwell’s debut at the helm at the Orpheum. His command and understanding of the symphony’s character is unparalleled and I was excited to see what made the man himself tick.

I introduced myself and my crew, he was extremely receptive and also apologetic for a slight cough he was battling. I gave him a brief breakdown of my approach to the tête–à–tête, how I would lead with a quote and my desire to engage in an organic conversation.

He was, as I had suspected he would be, open minded and easy going. I read on the VSO’s website a quote from an previous interview with Montecristo magazine that he had great sense of humour and indeed I had been privy to that information earlier last year when I actually met Bramwell for the first time briefly on Robson Street.

When we sat down to start the interview, I brought up our first encounter, which went something along these lines: I saw Bramwell and his wife enjoying the day when I politely stopped him and said, “Excuse me, I hate to interrupt, but I must tell you, I think you’re a genius!”

He responded by saying, “Young man, you never have to apologize for calling me a genius.”

I instantly recognized his unique sense of humour and we both laughed. It was a brief, but for me, memorable exchange.

The official chat began by us ordering a beer, a delicious tall glass of stout and then my lead-in quote: A gem by Artur Schnabel who said, “The notes I handle no better than many pianists. But the pauses between the notes, ah, that is where the art resides.”

It opened the portal to the organic conversation I had hoped for.

Bramwell and I sat for the better part of an hour and talked about everything from the power of music to our personal upbringings. It felt as though I were catching up with an old friend.

One question I had always wanted to know the answer to was how a conductor actually processes the orchestration of the ensemble. With a bevy of instruments in front of you, all awaiting precise instruction, how does the mind dissect who needs to go next and how aggressively, or gently, does each section need to react? Are you, as a conductor, a measure ahead, two measures ahead, or is it a well studied gut reaction?

The answer? A combination of all those possibilities and more.

I knew at that moment, even though Bramwell’s light-heartedness would always deflect to humbleness, he was indeed a genius.

I was highly touched by his personal story, his advocation for the importance of empowering youth with music, his connection with the great Leonard Bernstein, his love of jazz and, his refreshing outlook on life.

As our conversation reached its end, I admitted that I was a few days into a cleanse, Bramwell stated that he was wasn’t imbibing either and we both looked at the beers that sat in front us.

Almost simultaneously, our hands reached for our chalices, we toasted, each took a single sip and he said, “That’s good isn’t it?” I laughed and agreed without a second thought. It was the best way to share a beer with one of the great minds of our city and I will always feel inspired by Bramwell’s honesty, philanthropy and work ethic. An interview very well conducted indeed.

Press Related Link for full story and link to video.