The Inventor...A brief introduction to the opera and some technical information 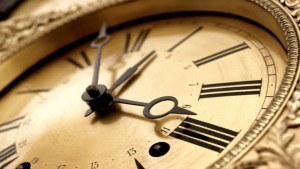 Commissioned by Calgary Opera and premiered in January 2011 to a libretto by award-winning playwright John Murrell, the opera is based on the true story of Sandy Keith, who tried to plant a bomb with a primitive clock mechanism in the hold of a transatlantic steamship. The mechanism exploded prematurely while being loaded at the port of Bremerhaven in Germany, resulting in great loss of life.

A live recording of the opera was made in June 2012 with the original cast, the UBC Opera  and the Vancouver Symphony Orchestra under the composer.

There are six major roles (with name of role creator):

In order of appearance:

Alexander Keith snr; Julius Hammer, a German language teacher, J.J. Fuchs, clockmaker; The Man Who Scratches and Smells; The Bremerhaven Policeman  (all sung by the same performer, each character representing a nemesis for The Inventor) -  bass (Philip Ens)

There are numerous comprimario roles which were sung by members of the Calgary Opera Ensemble at the world premiere and by students of UBC Opera at the concert performances in Vancouver and can be heard on the 2013 recording.

At the world premiere the following artists of the Calgary Opera ensemble sang comprimario roles (name of role):

A symphonic work is in preparation, based on orchestral music from the opera; estimated length is 12'.

A book of arias from the opera is in preparation.

The trumpet concerto Songs of the Paradise Saloon is based on material from Act 1 of the opera and was commissioned and premiered by the Toronto Symphony Orchestra (in December 2009)  for the orchestra's principal trumpet, Andrew McCandless. Mr McCandless gave the US premiere of the concerto at the Sun Valley Festival in the summer of 2010.

A full synopsis will be posted shortly.

The following were involved in the opera's premiere performance at Calgary Opera in January 2011:
Stage Director: Kelly Robinson

The Inventor is published by Counterpoint Music Library. A vocal score is on sale. Orchestral material is available on hire.